When Wilson Muchemi joined the newly constructed Issaquah Memory Care community, he had no idea the impact he would make on those around him. Wilson is no stranger to caretaking. Even before he came to the US from Africa, Wilson says he had a calling to care for older adults. Now, after being with Fieldstone for nine months, coworkers, residents, and families have selected Wilson as the Fieldstone employee of the year—an honor he humbly accepts.

“Being recognized for the hard work and service that I give to the facilities and residents gives me the courage to keep doing it and pursue other goals in life,” says Wilson.

Wilson’s coworkers say he has a jubilant personality with a genuine gift for finding the best in any situation. Whether it’s a ridiculous joke or silly riddle to share, Wilson brings laughter with him wherever he goes. He invests the time to learn the details of residents’ stories so that when they're having an off day, he can sit with them and have them smiling again within minutes. Even in the most stressful moments, Wilson never has a frown or negative thing to say, and magically, he manages to elevate the mood in any room.

And that, says Wilson, is his favorite part of the job. “When I help a resident, and they say thank you, it pays more than money.”

Nearly every family who has had the opportunity to see Wilson in action made sure we know that he's a gem, telling us how much they appreciate Wilson's care and attention to detail. We hear again and again how he approaches his job with love and genuine compassion for every person he comes across, whether they are a resident, family member, or teammate. His presence is calming, and he greets everyone with a smile. He teaches us all with his natural instinct for handling interpersonal dynamics in a positive way. Wilson has earned the respect of peers and supervisors alike—when he speaks, everyone stops to listen.

Coworkers at Issaquah say it would be easy to label Wilson as simply a hard-working, compassionate caregiver, but that just begins to scratch the surface of what makes him such an asset to the community. They say Wilson approaches his work and his life with an intentional thoughtfulness and humility that is an inspiration to all. A wonderful example, he has a genuine thirst for knowledge and is always seeking opportunities to improve himself both personally and professionally.

Wilson’s huge heart radiates through everything he does. We are incredibly fortunate to have him as part of our team in Issaquah. Wilson, you truly make our community vibrant and joyful. Congratulations! 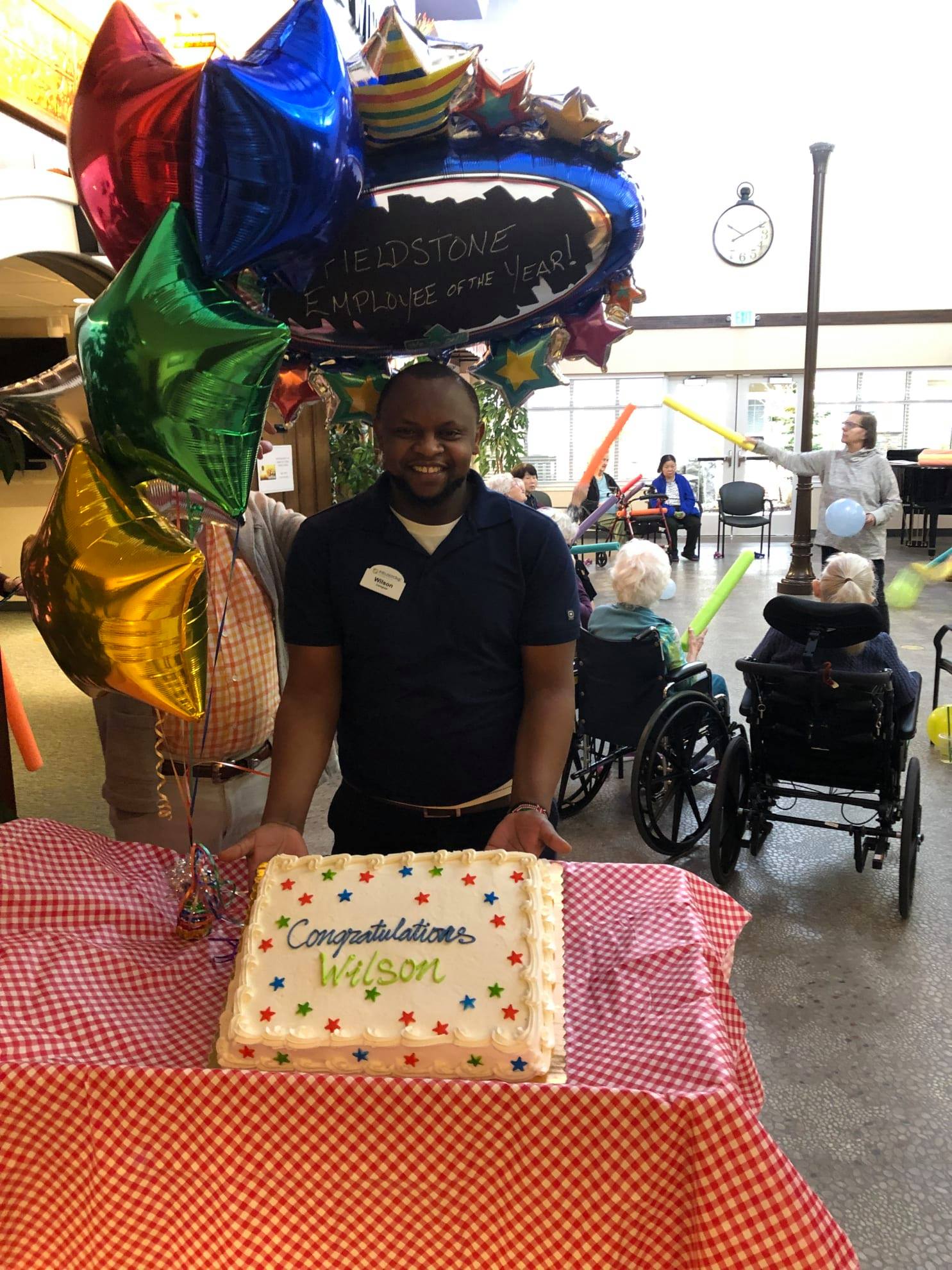